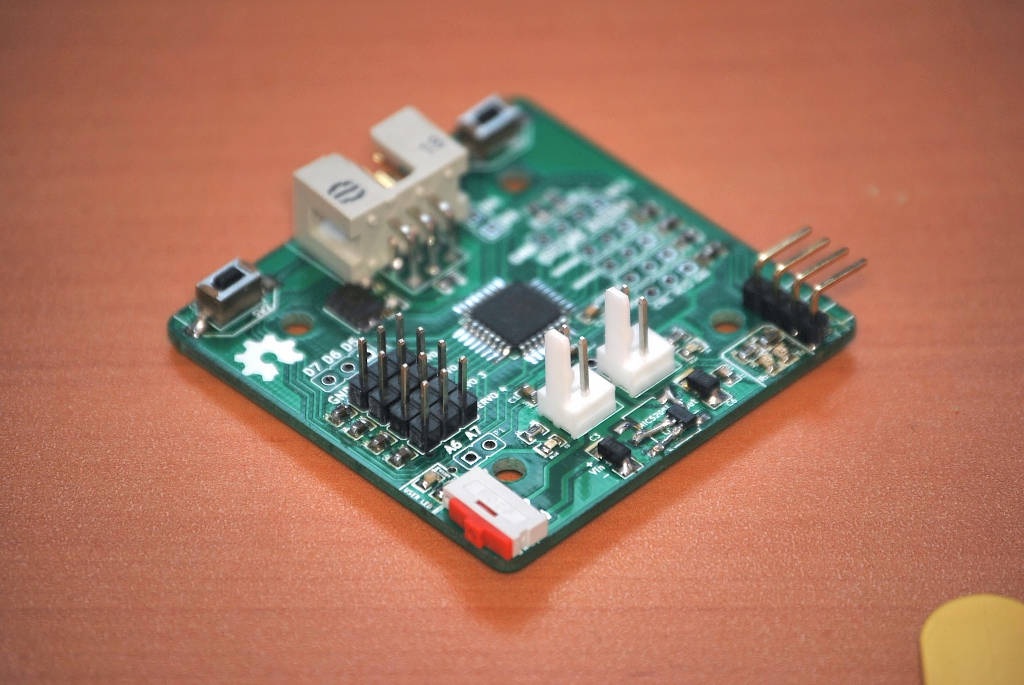 The SkymegaSMD is a board to control REPY-2 modules, with the suitable dimensions to be compatible with them. This board is a derivative from the original Skymega board, and it is also compatible with them, so it can also be used with Y1 / MY1 / REPY-1 modules.

The main improvements with respect to the original Skymega board are: 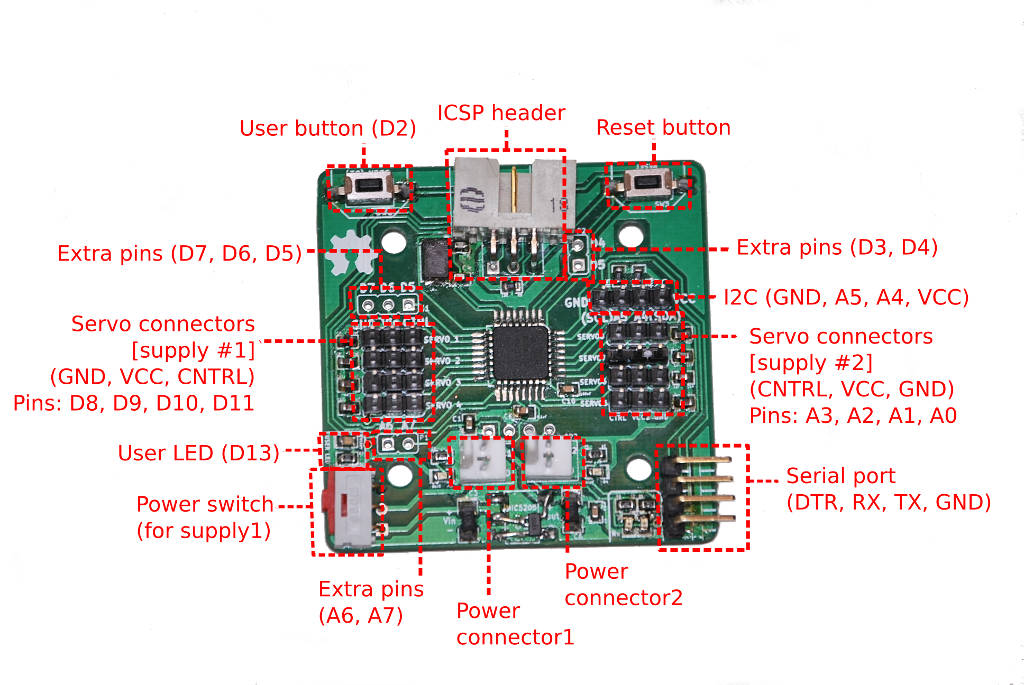 Except for the push switch, that is connected to D2 in this board to be able to use external interrupts, the functionality of the board is the same as the SkyMega board, so the usage instructions on the SkyMega wiki page (Spanish) can be used as a reference.

This board is a derivative of the SkyMega board designed by Juan González Gómez (Obijuan).